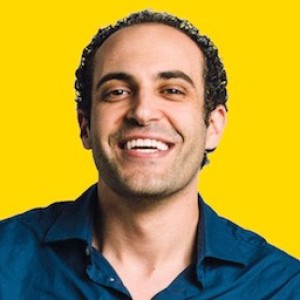 Imagine having to only use one particular tool to run your life consistently, while this may sound bizarre it almost shackles the healthcare industry. Granted we can get into talking about scale and needs however in this post I would like to talk more about how we can, and should be, utilizing best of breed software, vendors and technology for everything we do in healthcare.

It pays homage to the old ad-age “No one gets fired for hiring _____.” However while big-likes-big this way of thinking is also the fastest way that gets you in-trouble, makes you vulnerable to disruption and does not allow you to be nimble.

While the effect may not be felt right away, it will be, just think of Kodak, BlackBerry and Sears just to name a few companies.

One product that does everything, if someone came and told you that today you would tell them that is unrealistic, not only because historically this has been proven true but also because it is.

The stark reality is it is a very unrealistic value proposition that one single tool will do everything you need. Generally you will always find that one tool does one or two things really good, regardless of all its other claims of what it does; and furthermore if that one tool does not do the one job it is supposed to do well then it does not matter how many other jobs it does well.

As an analogy think of the iPhone, when it came out it came out to solve a problem. The PDA market was largely saturated but they most failed to either be a phone really well or be a PDA really well. BlackBerry almost had it right with everything but the iPhone focused on the consumer in all of us.

It is hard enough to keep up the pace with changing technology and even if you don’t want to be on the bleeding edge there is a constant change in technology that will cause you to rethink every tool you have.

Often times though in healthcare we are stuck to one tool that does many things and are initial reaction is “we already have XYZ” which does that. What we fail to realize is what the differences are between the tools.

An iPhone is the same as an Android, after all they are both phones right? Yet there is a stark difference between the two and we as healthcare executives need to apply that same methodology when we look at new technologies.

Why is any of this important? It is only important if you want to move forward rather than be maintaining the position you are in and fending for it while others are either passing by or trying to take over your position.

Staying nimble will allow you to innovate and make micro moves that make macro waves. The Nightmare of Extracting and Interpreting Blood Pressure Data Why Your Operations Team Needs To Spend Time On Innovation Why Healthcare Should Look To Other Industries For Answers